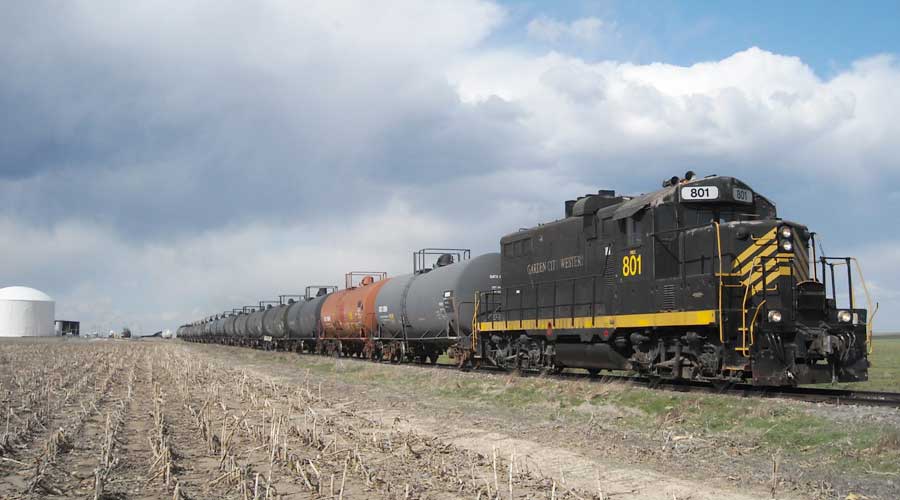 Yeros’ first order of business as Pioneer’s new chief executive officer? To assess the structure and function of the company, which owns 15 short lines operating more than 600 miles of track in 12 states and provides site selection, transloading, switching, and rail-car repair and storage services.

His finding: The more than 30-year-old company “was stuck in the past” in terms of management and operating practices, says Yeros.

“It had an old culture and wasn’t operating under a modern management style. There was a lack of alignment in management and standards,” he says. “That’s not how short lines work today.”

Moreover, since Pioneer was a publicly traded company, it was difficult for the firm to access capital, and some competitors were better capitalized, he adds.

So, BRX sought to bring its management acumen to Pioneer. Yeros and his team implemented new management processes, such as adopting metrics that measure efficiency, safety, and customer engagement and service to better understand shippers’ businesses and needs. The management philosophy now emphasizes inclusion, transparency and communication across the organization, says Yeros.

“It’s been quite a transformation. We breathed new life into an old company,” says Yeros.

The exec team created three operating divisions to be led by three regional general managers who are responsible for safety, operations and finances in their areas, and aligned commercial team members dedicated to each region.

“While we reorganized the management of the company and brought in executives with substantial industry experience, a majority of the field employees — including our three regional GMs — have been with the company for many years and have strong connections to the communities in which we operate,” says Yeros.

The team also worked to trim costs without any layoffs, institute new safety practices and adopt technologies, says Yeros. For example, employees now are provided higher quality training and proper equipment, informed of expectations, recognized for exceptional efforts, and empowered to stop work and communicate issues if necessary, he says.

“By providing the right tools to our team members, we have been able to bring our incident rate below industry average, with zero human-factor incidents since we bought the company,” says Yeros.

Moreover, the exec team crafted a plan to upgrade all of Pioneer’s track to a Class I standard. Work is progressing and might take three to five years to complete at all the short lines, says Yeros.

All those efforts through BRX’s first year of ownership have helped Pioneer add a new customer each month on average, drive up rail-car velocity by 60 percent and boost earnings by more than 25 percent. In addition, volume is up slightly and is at a higher level than it was one or two years ago — despite the COVID-19 pandemic — which is “an astonishing thing,” says Yeros.

“It’s been quite a transformation. We breathed new life into an old company,” he says. “We have focused on being one team that is espoused in the same philosophy: to engage and empower people, be relevant to customers and create business advantages.”

Looking ahead, Yeros believes Pioneer’s volume can increase by 15 percent to 30 percent over the next 12 to 24 months. He’s counting on constant communication with shippers to decipher and fulfill their transportation needs, especially since supply chains are changing and materials are being sourced more domestically. Reaching out consistently can lead to growth opportunities, says Yeros.

“At the end of day, it comes down to customer engagement. We are very experienced in these situations,” he says.

BRX already is registering volume growth with certain short lines that the former Pioneer leadership team warned had flatlined or were losing traffic for a long time. One such small road — the Garden City Western Railway in Kansas — has been a pleasant surprise with increased carloads, says Yeros.

“We tried to better understand the local and regional economy there,” he says. “We found significant opportunities in food and ag products.”

“We want to acquire railroads more on a direct basis,” he says.

In addition to growing, Pioneer is trying to be more efficient while using fewer assets to provide reliable service. The company owns 80 locomotives but currently is operating only 35 of them.

“We want to give the right service and the right information to customers so they can better plan their operations,” says Yeros.

Ultimately, more business will come as Pioneer continues to exploit its newfound efficiencies and synergies, and cement relationships with shippers. For now, the results have been remarkable given the pandemic, says Yeros.

“I am very proud of what our team has accomplished,” he says. “Everyone has adopted and engaged in our vision, and in a year’s time, we have transformed the company into a collaborative organization.”